Home » Our Faith » History of the Faith 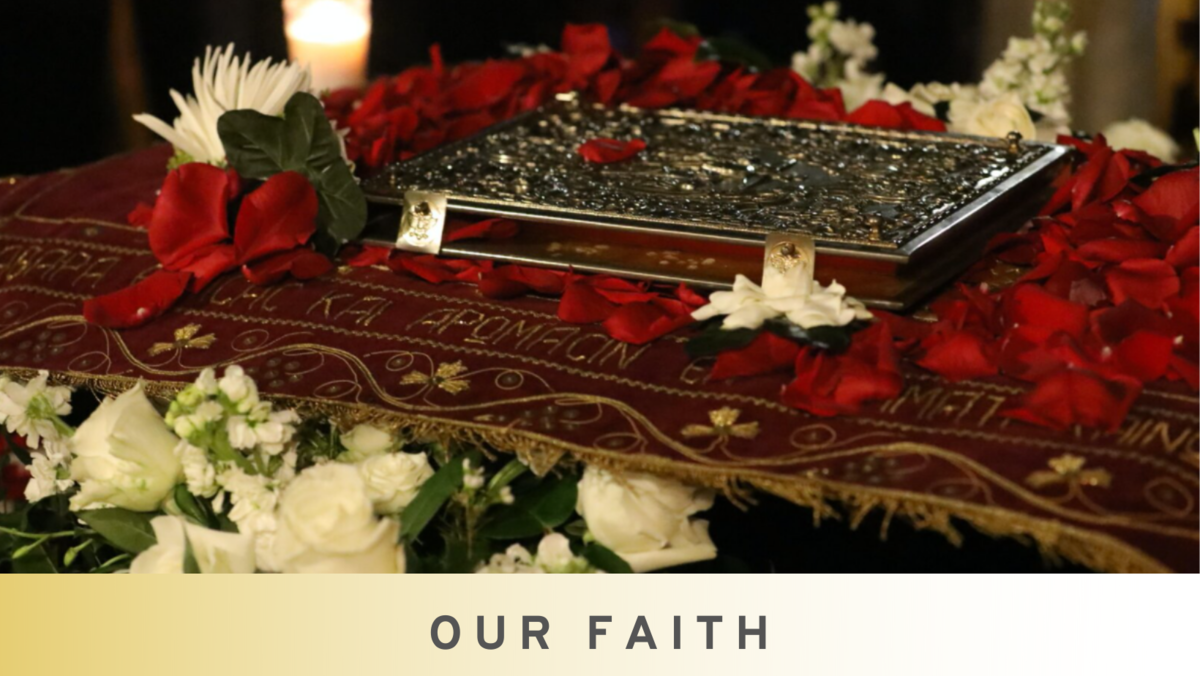 As Orthodox Christians, we believe in the Holy Trinity—Father, Son, and Holy Spirit. Following the Holy Scriptures and the Church Fathers, the Church believes that the Trinity is three divine persons—hypostases—who share one essence—ousia. We also believe that the Holy Mysteries—the bread and wine—are the very Body and Blood of Christ. We believe and confess during the Divine Liturgy that "Christ is the Son of the Living God, come into the world to save sinners." In the Creed, we note our belief that Christ become man, that His flesh, taken from the Virgin Mary, was pure human flesh, and that Christ was in all respects like us, except He did not sin. The Son of God became incarnate to make people partakers of the divine nature (II Peter- 1:4), free them from sin and death, and make them immortal." As Orthodox Christians, we understand that when we unite ourselves with Christ, we are given divine grace, which affords our fallen, human nature strength for victory over the passions and death in the granting of eternal life as partakers of His Resurrection. Our Orthodox faith believes that our salvation is not a given, static moment in time but is a journey or transformative process of "theosis," an ongoing process whose aim is likeness to or union with God.

Please visit the Greek Orthodox Archdiocese Introduction to Orthodoxy web page for more in-depth information about our Orthodox Faith and what we believe.